Wood with a Timeless Appeal 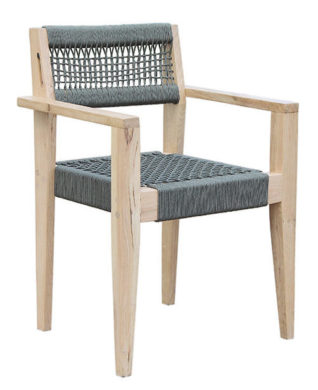 Sourcing the right wood is the first step in our journey of producing solid wood furniture. We use local alien invasive hardwoods such as Cottonwood, River Red Gum, Camphor  &  Blackwood as well as imported woods like Ash, Oak and Plantation Teak, and never use indigenous woods that fulfil a special purpose in the ecosystems they sustain or are listed as endangered. With the backing of our knowledgeable wood expert and founder, Ian Perry, who has a BSC in forestry (wood science), our team has developed a special knack for knowing which woods work best for each custom furniture item.

From forest to factory to furniture, we treat all the woods we use with the utmost care and respect, staying true to the natural beauty of wood and never wasting this precious resource. 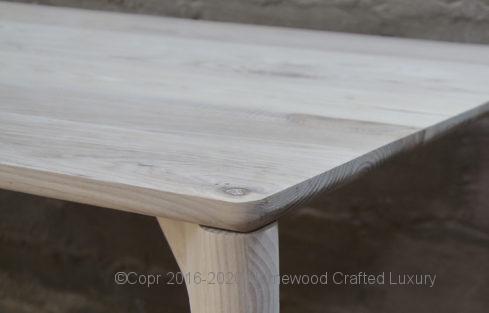 Colour: The heartwood is a light to medium brown colour. Sapwood can be very wide, and tends to be a beige or light brown; not always clearly or sharply demarcated from heartwood. Along with Hickory and Oak, Ash is one of the most commonly used utility woods in the US. It’s toughness and excellent shock resistance makes it a popular choice for tool handles. Ash’s easy working properties, generally light overall colour and good gluing and finishing characteristics make it a popular wood for a variety of practical and utility applications

Grain: The grain is almost always straight and regular, though sometimes moderately curly or figured boards can be found

Texture: its coarse texture and grain pattern has drawn comparisons to that of Oak. This wood exhibits a medium to course texture – however due to its hardness it can be sanded to a fine finish.

Colour: Cottonwood can vary in colour, between light cream to a pale yellow-brown. You can also identify it by subtle streaks of gray and green. Note that colour may become darker depending on light exposure.

Grain: This wood usually has a straight and uniform grain. 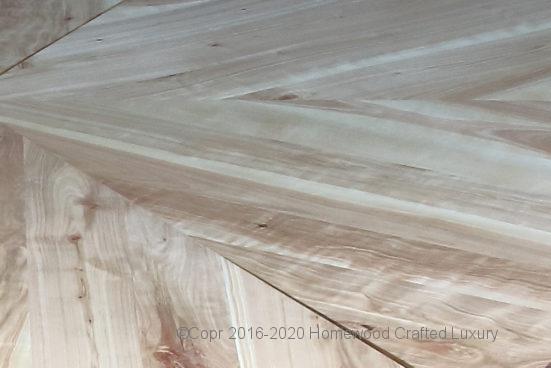 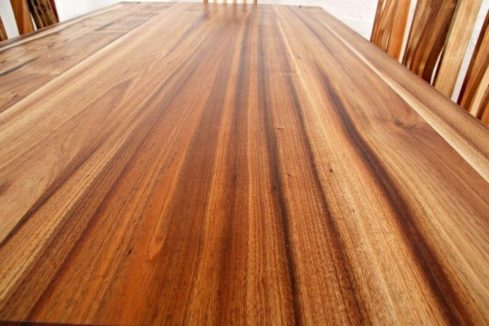 Colour: Despite its name, there is hardly any black featured in any solid wood furniture made from this. Depending on the season and the conditions the tree has grown in, Blackwood colours can vary from a pale golden brown to richer shades of brown.

Grain: Blackwood features very pronounced grains which can either be straight or slightly wavy.

Texture: This wood exhibits a fine, smooth texture with a gentle sheen.

Colour: Oak is known for its distinctly yellow/wheat undertone with a light brown coloration.

Grain: This wood commonly features straight grains. Oak is often confused with Ash, but these two can be told apart by their grains – Oak’s grains are more uniform, whereas Ash is not and its pattern tends to look more rounded.

Texture: Oak has a fairly rough texture due to its large, open pores. 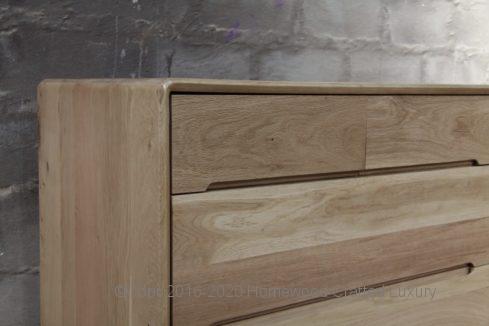 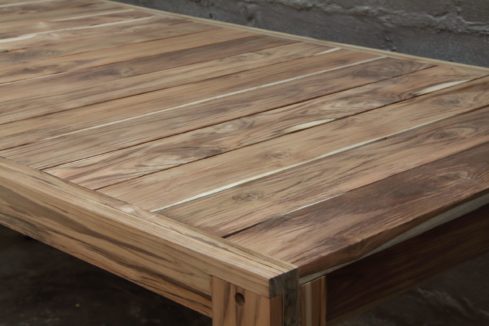 Colour: This wood is characterised by its sunny yellow undertone, with a blend of medium brown – the colour typically darkens as the tree ages.

Grain: Plantation Teak’s grain can vary from straight to wavy.

Texture: A coarse, uneven texture with minimal luster can describe this solid wood.

Grain:  Grain can be straight, interlocked, and/or wavy.

Odour and Rot Resistance:  Camphor has a very characteristic odour, for which the tree is named. The most recognizable product that contains the extracts of camphor are medicated chest rubs, which have the same distinct scent. It are these natural extractives which give the wood good rot and insect resistance properties 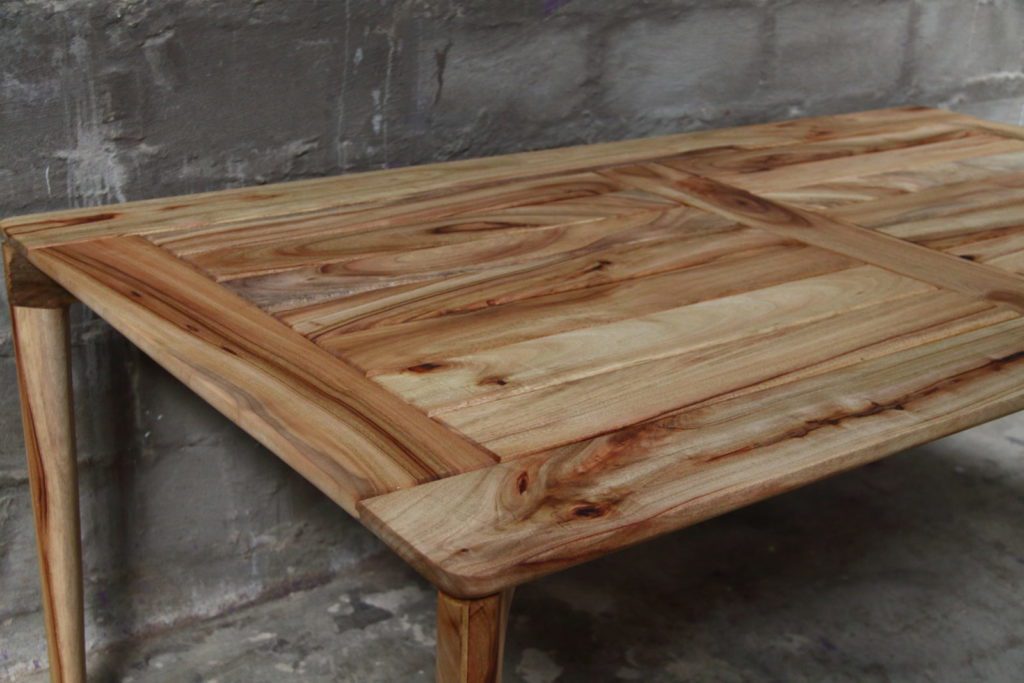 Have any questions about the solid woods that we use? Get in touch with one of our knowledgeable sales consultants and they’ll gladly assist you with any queries you may have.

I HAVE A QUESTION

We have a love and a RESPECT for the wonderful raw material we use. Our goal is not to abuse and exploit our natural environment but rather to highlight and expand it. By carefully utilising and proudly displaying the natural beauty of trees and ultimately wood in our furniture and smalls range, we are hopefully educating the public and creating that same awareness and appreciation.

NO WOOD IS WASTED

While 90% of the tree is often deemed unusable by most furniture producers, due to knots or variations in grain, Homewood use almost every part of the tree and celebrate any ‘blemishes’ in their solid wood furniture – these small differences are what ensure no two pieces are ever alike.

We also make use of any factory offcuts by making, what we call Smalls – small everyday household items such as chopping boards, hat racks and trays. 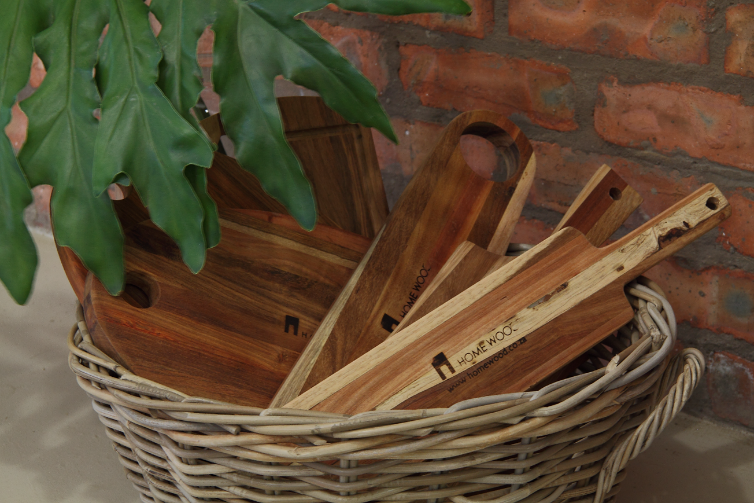 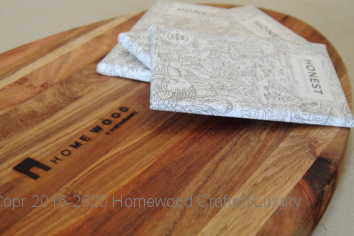 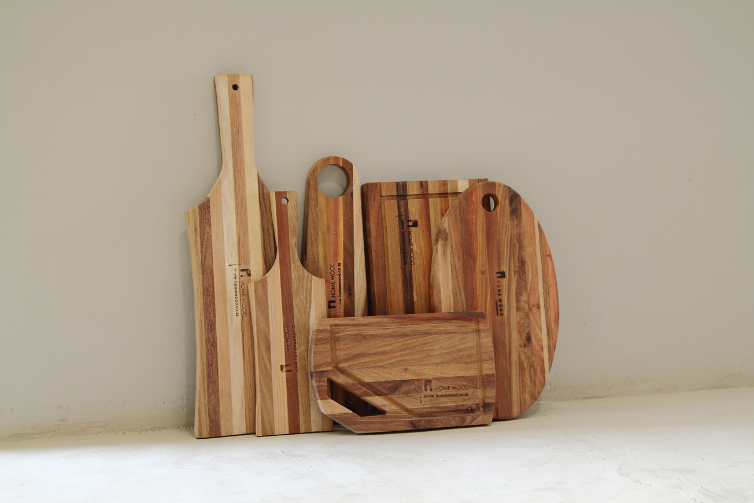 Copyright 2020 © All rights Reserved. Design by The Brand Collective

Processing...
Thank you! Your subscription has been confirmed. You'll hear from us soon.